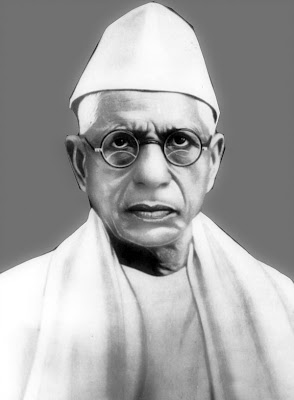 Kasinathuni Nageswararao better known as Nageswara rao pantulu was an Indian, journalist, nationalist,politician, and a staunch supporter of Khaddar movement.

His participation in Indian independence movement and in Indian National Congress Party was historical. He was one of the Andhra veterans who took part in Mahatma Gandhi’s civil disobedience movement through salt satyagraha.

As a mark of their respect and appreciation of his services to Andhra and to India, he was conferred with the title Desabandhu (uplifter of the masses) by the people of Andhra Pradesh. In 1935, the Andhra University has honoured him with Kalaprapoorna, an honorary doctorate of Literature.
Nageswararao Kasinathuni, popularly known as Nageswararao Pantulu, was born on May 1, 1867 in Elakurru village, pamarru mandal in Krishna district of Andhra to a Brahmin couple Bucchaiah and Syamalamba.
He received his early education in his native place and later at Machilipatnam. He graduated from Madras Christian College in 1891. There he was under the stewardship of that great educationist, Dr. Rev. Miller, whose ability, high standards and rigid discipline made it a premier institution of the South. Kandukuri Veeresalingam’s articles in vivekavardhini Journal influenced him.

After a brief stint in business in Madras, he went to Calcutta to work in an apothecary for some time. Later, he went to Bombay to work in an office. But, he couldn’t stick around there. He was interested in starting his own business. He founded Amrutanjan Limited in 1893 and invented Amrutanjan pain balm. Within a short time Amrutanjan pain balm became very popular medicine for all pains, colds, sprains, lumbago etc. and made him a millionaire. Today, Amrutanjan Limited has established R & D, fine chemicals division, and infotech divisions.

Sri Nageswara Rao's entry into the challenging field of journalism could aptly be compared to Pulitzer's into the Fourth Estate on the other side of the Atlantic. It was a time when journalism, in this country was undergoing a silent transformation and the then Government did not look upon the 'Native Press' with any sympathy. It needed a competent and fearless man to not only mirror the heritage of the nation but also interpret the day-to-day political trends.

Sri Nageswara Rao took up the challenge when he launched the 'Andhra Patrika', a weekly from the metropolis of Bombay in September, 1908.His publication thrilled the Andhras; while his forewords reflected scholarship and keen insight into and appreciation of public affairs.In 1914 when the First World War broke out, it was clear that the clamor for political emancipation was gathering momentum. Sri Nageswara Rao wanted to interpret the trends of the time in their own language to the Andhras so that they may have an opportunity of playing their role in moulding India's future. With this aim in view, he started a Telugu daily, Andhra Patrika, the first copy of which rolled out of the press on April 1, 1914 from Madras. It was the undaunted ability of Nageswara Rao who kept up the tempo and made the paper an institution of repute, to this day Andhra Patrika is a force to reckon with in the land of the Krishna. A decade later in January, 1924, he launched a Telugu journal Bharati' which has been rendering signal service to the literary and cultural advancement of the Andhras.

He approached Telugu people in Mumbai, associated with them and worked for the welfare of Telugu people. He attended the National Congress meeting in Surat in 1907 and joined the freedom movement. He recognized the need for a Telugu language journal to campaign effectively for the freedom struggle and founded a weekly Andhra Patrika in 1909 in Mumbai. Within a short timeandhra patrika gained popularity among Telugus. In 1914, he moved the journal from Mumbai to Chennai and introduced it as a daily newspaper. Later, in 1969, Andhra Patrika established its own office in New Delhi with senior Telugu Journalist from Chennai T.V. Krishna taking the lead to set up an office there.

He was one of the founders of Andhra movement for a separate Andhra state from the Madras Presidency. He published several articles on the need for a separate Andhra state. He was the author of many of these articles. In recognition of his untiring efforts for the all-round development of Andhra nation, Andhra language, and Andhra culture, Andhra people have honored him with title, desoddhaaraka (savior of the nation).

Besides being a journalist, Sri Nageswara Rao was also a Telugu literature of repute with a razor sharp intellect and a publisher.In 1926 he launched a publishing house known as the Andhra Grandha Mala. This institution published as many as 20 books besides reproducing many Telugu classics as well as modern writings. With a view to placing the fountain-head of knowledge within easy reach of the common man, he priced his publications very low. Sri Nageshwara Rao can be regarded as the father of the library movement in Andhra.

Because of his exertions during the first two decades of the century, as many as 120 libraries came into being in Andhra districts.
Perhaps the politician in Sri Nageswara Rao will be remembered longer than the journalist in him.A stalwart congressman of the day and a great contemporary of T. Prakasam, Sri Nageswara Rao had the privilege of becoming the President of the Andhra Pradesh Congress Committee for four terms during the year 1924 to 1934.As a part of the constructive programmes chalked out by Gandhiji, the Khaddar programme was already making much headway in Andhra.Sri Nageswara Rao imparted the necessary impetus and drive to the khaddar popularisation work.

The salt satyagraha of the 'thirties under the banner of Gandhiji was yet another memorable phase of our freedom struggle. It not only galvanized the whole nation to action but also in the main consolidated the Mahatma's magic hold on the masses to an extent never known before.Among the leaders in the forefront in Andhra who translated Gandhiji's programme and brought the epic salt satyagraha campaign to a signal success, Sri Nageswara Rao was among the foremost.During his lifetime, Sri Nageswara Rao was held in great esteem by the people of Andhra.The spontaneity with which honours crowded round his name, was an indication of the people's respect and regard and love for him.

In bringing out a commemorative stamp in honour of this valiant freedom fighter and patriot the P & T Department pays its respects to memory of this great son of Andhra Pradesh and India.
He was jailed in 1931 for six months for participating in salt satyagraha. When he was in jail, he wrote an exposition on the sacred text of Indians, Bhagavad-Gita. He explained that Bhagavad-Gitadid not belong to a particular religion, but belonged to the entire humanity as a scripture of yoga for the spiritual enlightenment and prosperity of the entire world.

Wherever he was, Nageswararao’s house was full of guests. Poets, writers, politicians, social workers, relatives and friends used to visit him. He used to donate funds and help various causes and the needy. Nobody ever left his home empty handed. Amazed by his generosity, Mahatma Gandhi honored him with a title, viswadaata (universal donor).

His interest in Telugu language, literature and science was quite evident in his untiring efforts in publishing journals such as bharati and andhra patrika, publications like andhra grandhamala(garland of Andhra books), and special editions for ugaadi (Telugu New Year). Through andhra grandhamala, he introduced various texts on language, literature and science and was instrumental in spreading science and literature. He published various ancient texts like basava puranamu, panditaradhya charita, jeerna vijayanagara charitra, tanjavoorandhra rayakula charitra, and modern texts like malapalli, mahatma gandhi atmakatha, etc. He wrote several essays on various topics and introductions and prefaces to various books. He also published Komarraju Lakshmana Rao's three volumes of andhra vignana sarvasvamu in 1938, while Tamils have more than 30 volumes of Tamil vignana sarvswam and Marathis have finished 21 volumes of maharashtra vignana sarvaswam.

The Kasinadhuni family Residence was a beautiful and famous building situated at 103, Luz Church Road, Chennai acquired by Kasinadhuni Nageswara Rao from the family members of P.R. Sundara Iyer (1863-1913) and was built in the garden house style with a large porte cochere, ornamental balustrades, high ceilings and marble floors. A number of windows let in plenty of air into this two-storeyed bungalow whose ceiling has the typical Madras terrace supported by rafters, a forgotten technology today. There are ten entrances to the house, each of which once had a painting of one of Vishnu’s ten avatars. After Sundara Iyer’s death, his sons had to sell the property owing to business losses.

The house became much famous and centre of patriotic activity with the visit of Mahatma Gandhi (Mohandas Karamchand Gandhi) and stay at Sri Bagh Residence on 23 and 24 December 1932 according to the records and published literature.

Sri Bagh Agreement as it is known is an agreement signed at the Sri Bagh Residence on 16 November 1937 and signatories to the agreement were K.Koti Reddy, Kalluri Subba Rao, L.Subbarami Reddy, Bhogaraju Pattabhi Seetharamayya, Konda Venkatappyya, Pappuri Ramacharyulu, R.Venkatappa Naidu, H.Seetharama Reddy. This was an agreement for development of Rayalaseema Region at par with coastal areas and part of the effort to bring in consensus among all the regions before formation of Andhra Pradesh carving out Telugu speaking areas from Composite State of Madras and unifying the areas of Nizam rule post independence of India. The agreement can be changed by mutual agreement.

Nageswararao Kasinathuni died on 11 April 1938. After his death his son-in law and nephew (sister's son) S. Sambhu Prasad(Sivalenka SambhuPrasad) took over the reins of Andhra Patrika group of publications and Amrutanjan company.